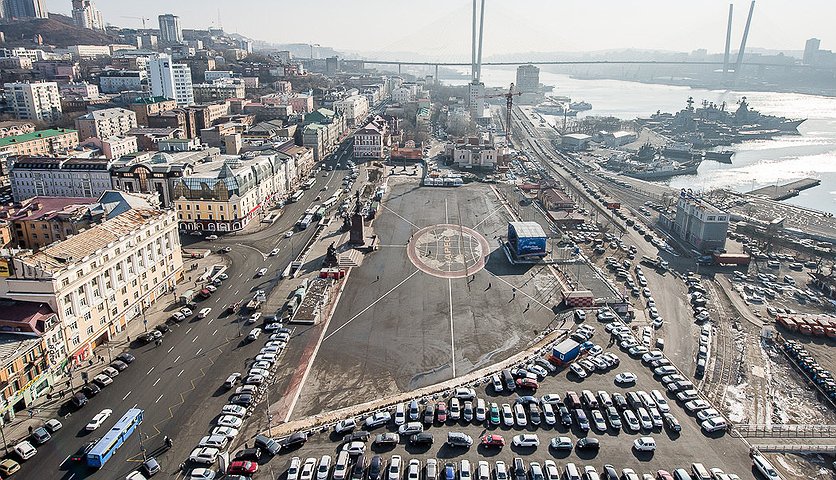 The Fighters for Soviet Power in the far East Square – Vladivostok Central Square, the historical and architectural center of the city. The architectural ensemble of the square was formed gradually, during the 19th - 21st centuries.

It received its modern official name in 1964, in honor of the revolutionaries, fighters for the establishment of Soviet power in the Primorsky Territory. The ensemble of the square from the west, north and east is flanked by historical and modern administrative, commercial and religious buildings. From the south, the square opens up with a panoramic view of the Golden Horn Bay.

7b 100th Anniversary of Vladivostok Avenue