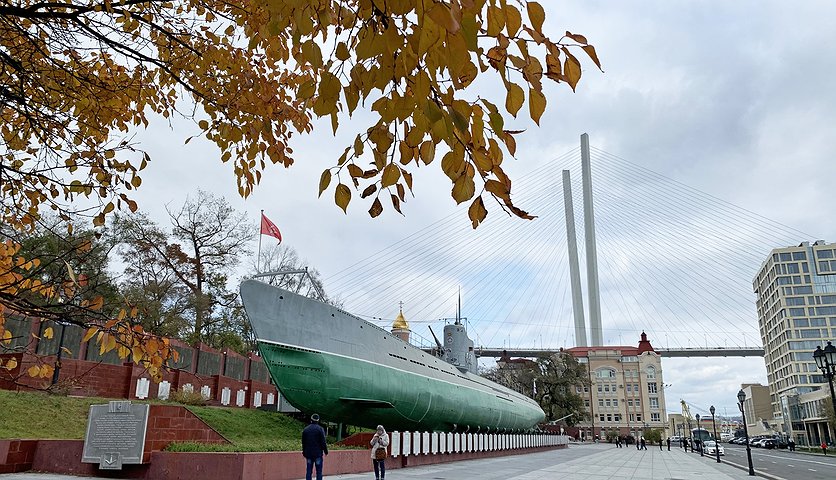 Korabelnaya Embankment is located in the very center of Vladivostok, on the shores of the Golden Horn Bay. In the immediate vicinity are the city administration and the Government of the Primorsky Territory, the headquarters of the Pacific Fleet, the Eternal Flame memorial, the Museum of the World War II submarine C-56. It was on the northern coast of the bay, by order of Muravyov-Amursky, in the summer of 1860, the military post of Vladivostok was founded, which after 20 years received the status of a city. In 2005, not far from the embankment, the chapel of St. Andrew the First-Called was opened. The embankment itself is a great place to walk.