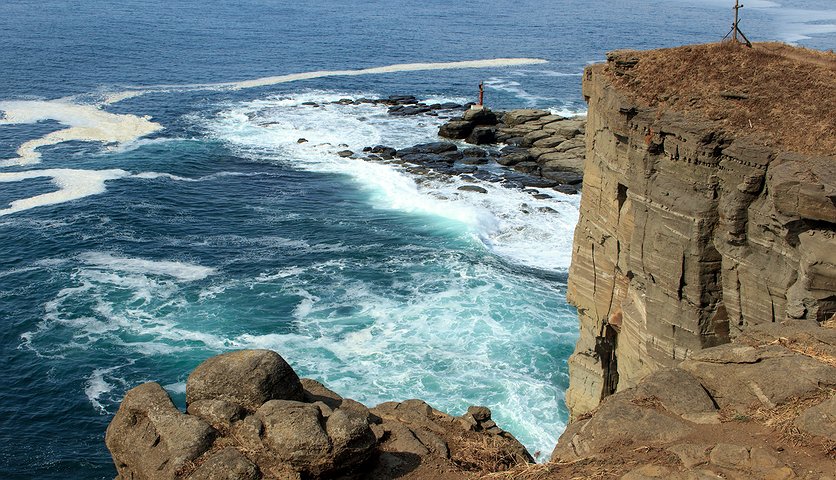 Cape Tobizin is picturesque cliffs, blue sea and dawn at the end of the earth. No wonder this place is one of the most popular on the Russky Island.

The cape was named after Ivan Romanovich Tobizin (1808-1878), vice admiral and commander of the Revel port (Revel is the old name of Tallinn, the capital of Estonia).

On the peninsula, you can find the trenches of a field stronghold, the ruins of old buildings and a two-embrasure stone-rubble bunker (machine-gun caponier) No. 244 of the 1941 project.

Cape Tobizin has amazing nature. Rocks give the place a special entourage. Geologists are extremely interested in this area, because the "cuts" of the rocks can be used to study the history of the origin of the coastal relief.