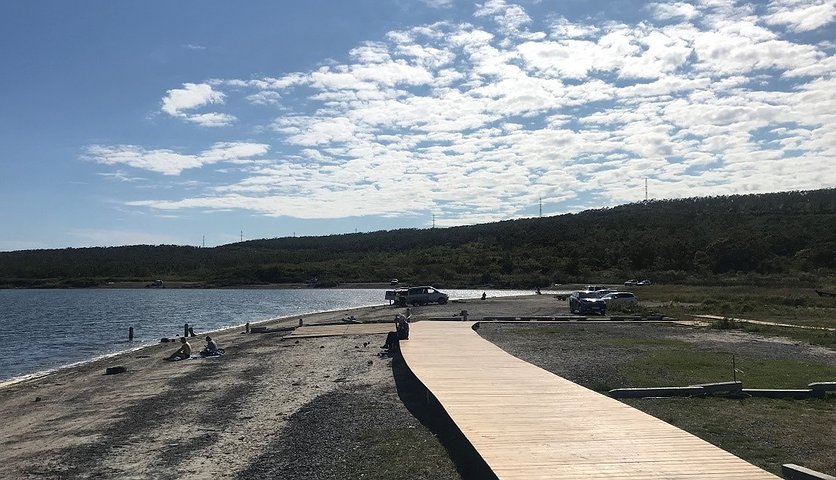 One of the most popular and affordable holiday destinations on the island Russky is the Akhlestyshev bay. It is located 20 km from Vladivostok, not far from the Primorsky Oceanarium. The bay was named in honor of the Russian sailor and rear-admiral Mikhail Aleksandrovich Akhlestyshev, who took an active part in the hydrographic studies of the Peter the Great Bay.

It is a sea lagoon, on one side it is bordered by a sandbank, on the other - by the cape of the same name. A small island with the same name separates from the bay. There are several beaches in the bay area with sandy, pebble and rocky surfaces. Some of them are located on the main coast, the other - on the cape, and somewhere, in order to swim and sunbathe, you will have to walk through water. The entrance is free.