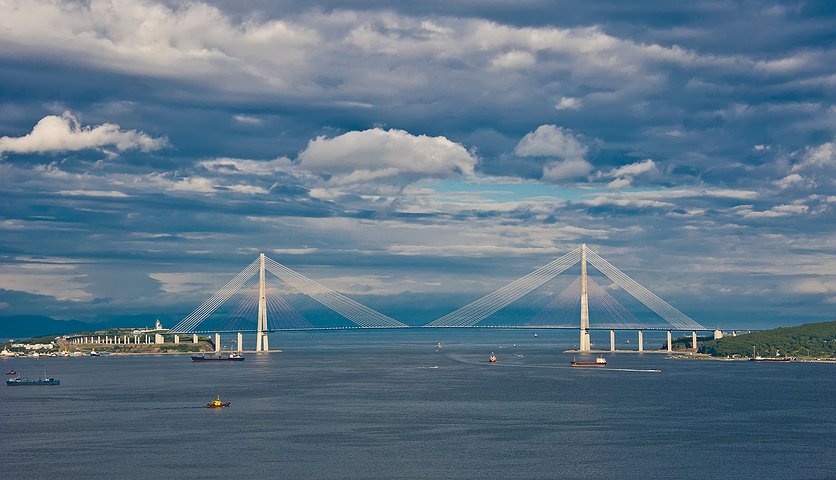 The Russky bridge crosses the Eastern Bosphorus sea strait. It has the largest span among cable-stayed bridges in the world, 1104 meters long. It connects the Nazimov Peninsula with the Russky Island. The Russian bridge is often called the record holder: at the time of its opening, it was the second in the world in height and the first in the length of the span. The construction of the bridge to the Russky Island began in 2008 and was opened in 2012. The pylons of the bridge are similar in shape to the letter A. The bridge's cables are decorated with the colors of the Russian Federation flag.