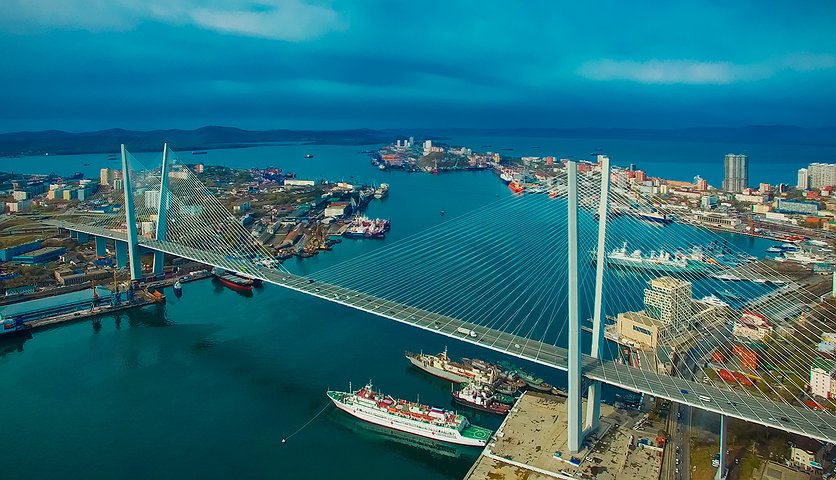 The Golden Horn Bay is located in the center of Vladivostok. The bay is a convenient anchorage for ships. However, dividing the city into two parts, it created obstacles to transport links between them. That is why the golden bridge over the Golden Horn Bay made it possible to travel from the center of Vladivostok to the distant Cape Churkin in 5-10 minutes, instead of the usual 1.5-2 hours.

The idea of building a bridge originated in the middle of the last century. Work on its construction began only in 2008, as part of the city's preparation for the APEC-2012 summit. The bridge is closed for pedestrians, but it is certainly worth crossing it at least once (or better, more than once) - a memorable view of the city opens up.