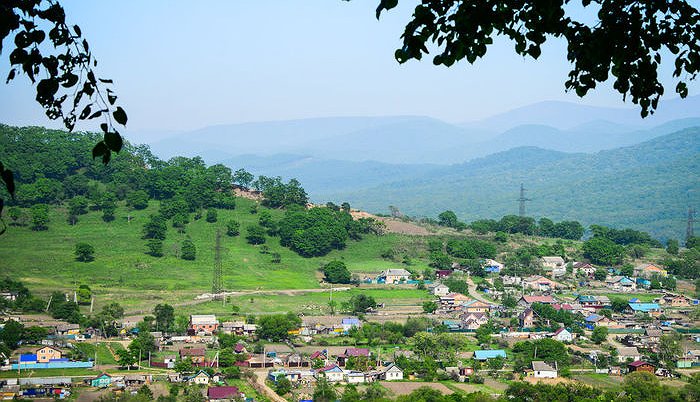 
During her school years, Lisa studied piano at a music school, while dancing at the same time. After successfully graduating from a music school, she decided to try herself in football.
Liza immediately proved herself to be a good side, approached the training process responsibly, showed leadership qualities in the game and beyond. She played as a striker, mastered the quality work with the ball with both feet, repeatedly scored important goals, bringing victories in the most difficult matches. She is a multiple champion of the Primorsky Krai in futsal among girls, a champion of the Far East, a participant in the All-Russian final "Full football to school" in Moscow, where the Aleut team entered the top ten strongest teams in the country.
She graduated from high school, successfully passing the exams. On the recommendation and agreement of the Aleut Children Football Club with the Administration of Shkotovsky municipal district, she entered the Far Eastern Federal University in the specialty "Construction" on the target direction.


During her school years, Nastya was engaged in dancing, she was always an active and athletic girl. When the girls' football team was recruited, I decided to train one of the first.
Nastya behaved calmly and modestly in life, but in matches she showed herself very boldly and confidently, she always fights to the end, she never gives up, because she really does not like to lose, these qualities really help her achieve success in life. She is very responsible and disciplined, one can trust her, and she will never let you down, she was a real leader on the court and always tried to rally the team, this character later allowed her to become the team captain. Nastya played as a defender, mastered very good technique, repeatedly saved the team in difficult situations, bringing victories in important matches. Nastya is the author of the most beautiful goal in the history of Aleut Children Football Club, which she scored for the team of Yakutia in the city of Neryungri. Anastasia is a multiple champion of Primorsky Krai in mini-football among girls, a champion of the Far East, a participant in the All-Russian final "Full-football to school" in Moscow, where the Aleut team entered the top ten strongest teams in the country.
She graduated from school, having successfully passed the exams, entered the Pacific State Medical University, where she is currently studying. Also she goes to School of Modeling at the same time.


Director of the Autonomous Non-Commercial Organization "Children's Football Club" Aleut ", football coach and teacher of the Youth Sports School of Shkotovsky Municipal District.
During his school years, Ivan played football in Bolshoy Kamen City under the guidance of Sergey Alexandrovich Nikiforov and Vitaly Alexandrovich Grudinin. Has 1-adult rank in football. For seven years he also went in for sailing in the Barracuda yacht club in Podyapolskoye settlement, where, under the guidance of Yury Vladimirovich Efremenko, he won prizes at the Regional and Far Eastern regattas, also took part in the prestigious race of the Russian championship "Peter the Great Bay Cup", has a helmsman class 3.
In his student years, he continued to play football in the amateur club "Legion".
He was elected to the municipal committee of the Podyapolsky rural settlement of Shkotovsky municipal district on September 13, 2015.
Having received two higher educations, Ivan returned to his native village, where since the fall of 2017 he recruited several groups of preschool age in the football section from Luch Sports Club, and also continues to work with the futsal team of girls , who under his leadership became multiple champions Primorsky Krai  and the Far East, and are also finalists of the All-Russian project "Full football to school", which was held in Moscow.
In September 2018, Ivan Alexandrovich created the Autonomous Non-Profit Organization Children's Football Club "Aleut". Today, about 170 boys and girls from 3 to 15 years old from four settlements of the Shkotovsky municipal district are involved in the club: Podyapolskoye, town. Smolyaninovo, settlement Novonezhino and settlement. Shtykovo. Pupils of Sports and Sports Complex "Aleut" are winners and prize-winners of tournaments of various levels. Ivan educates his wards and instills in them the necessary qualities of life, love for sports and a healthy lifestyle, using modern principles and methods. Children and parents really like working with our coach, he tries to take the children to various competitions and achieve successful results with them already at the initial stage of preparation.


Pupil of 8 "B" class of Smolyaninovo Secondary school No. 27 in Shkotovsky municipal district of Primorsky Krai.
Vladimir takes an active part in the sports life of the district school and the region. He is the winner of the GTO Festival at Shkotovsky municipal district. Awarded the gold badge of GTO in 2019. Vladimir has been engaged in the boxing section of Luch Sports Club of Shkotovsky Municipal District for six years. In training, he shows diligence and perseverance. Thanks to these qualities and the will to win, Vladimir, participating in competitions, won various city and regional tournaments, won Primorsky Krai Championship and the Far Eastern Federal District Championship among boys aged 13-14. Member of the Russian Championship.
Among those involved in the section and classmates at the educational school, Vladimir is respected. He is a good and reliable friend, open, friendly, responsible. Always ready to help a friend. Treats older people with respect.


Candidate for master of sports in weightlifting, as well as holds the 1st sports category in powerlifting.
Repeated champion of Primorsky Krai, the Far East in weightlifting among women.
Champion of Primorsky Krai in powerlifting among women.
In 2008, she represented the Primorsky Krai at final of Summer Spartakiad for schoolchildren in Penza, where she took the 5th place.
In 2017, she competed for the region in weightlifting among juniors under 24 at the final of the 7th Summer Spartakiad of Russian Students in Novocheboksary, where she took 4th place.
She also took part in sports events of the district: in volleyball, athletics, GTO, where she won honorary prizes.
In 2018, she received the gold badge of GTO in the 6th stage.


Teacher of physical education at Smolyaninovo secondary school No. 27 of Shkotovsky municipal district of Primorsky Krai, part-time coach of Luch Sports Club of Shkotovsky Municipal District.
Raisa Aleksandrovna has been working at Luch Sports Club since its establishment for more than six years. During her work, she proved herself a competent specialist and a good organizer. Regularly organizes and personally participates in table tennis competitions and by personal example promotes a healthy lifestyle among older people.
Raisa Aleksandrovna is the winner of the regional GTO 2021 Festival. Successfully passed the test for the gold badge of the GTO.


The most titled and promising athlete of Shkotovsky municipal district, who devoted himself to martial arts. From the age of 6 he began to attend the section of the martial art "Jiu-Jitsu". Gradually, step by step, with his perseverance and perseverance, Dmitry went to high sports results. After graduating from school, he entered the Far Eastern Federal University for Physical culture and sports training, which he also successfully completed.
Pupil of the club "Bastion" in Vladivostok, coach of the sports club "In the cage" in the direction of MMA and kudo, master of sports in kudo. Dmitry Novikov is a three-time champion of Russia in this event in 2020, 2021, 2022. Getting ready for the World Cup.
He is a member of the team of the Far Eastern Federal District and a member of the Russian national team in kudo.
Since August 2020, Dmitry has been working as a physical education teacher at Vladivostok Secondary School No. 9 in with an emphasis on Chinese. Dmitry is always proud of his small homeland - the town of Smolyaninovo and the fact that his sports career took place thanks to his father, who brought his son to the first martial arts training in 2004.


In 1995, he graduated from the 185th naval school.
He began his sports activity in 1996.
From 2006 to 2021 was an active instructor of the public organization "Children's Sports School of Kyokushinkai Karate-do" in Fokino, taught classes daily in the city and on the road to the village of Podyapolsky.
Since February 2012, he began his activities in Bolshoy Kamen.
In July 2012, he registered the public organization "Kyokushinkai Federation for Bolshoi Kamen and Shkotovsky District"; since September, trainings began in the village of Romanovka and the village of Shtykovo. Since 2016, training began in the village of Smolyaninovo. Romanyuk Ivan has extensive competitive experience. In addition to city and regional tournaments, he took part in the 3rd Russian championship in Irkutsk and the 7.8th international "Oyama Cup" in Khabarovsk. In February 2022, he defended with excellent marks the diploma of "Teacher of Physical Culture and Obzh" from the Pedagogical Institute of the Pacific State University in Khabarovsk. Ivan's pupils are repeated champions and prizewinners of city and regional tournaments:
- Sirodidenko Veronika - winner of the Russian championship, 3rd place;
- Nikolsky Oleg - winner of the Far Eastern Federal District championship, 2nd place.
Romanyuk Ivan takes part in training and judging seminars, improving his skills. Regularly takes part in judging at city, regional and regional competitions. Has the 1st referee category.