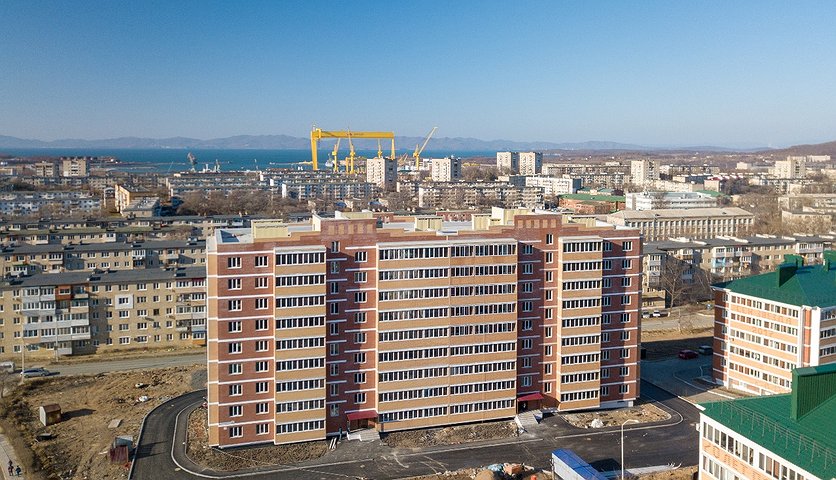 
Graduated from Penza Artillery Engineering Institute, Vladivostok State University of Economics and Service.
Civil specialty: legal studies.
While studying at military institute, he repeatedly defended the honor of educational institution in athletics competitions, successfully passed the standards for officer. Military position - deputy company commander, special forces officer. Excellent student of combat and physical training. Currently enjoys cycling.
After leaving military service, he decided to serve Motherland in public service. As a head of Nadezhdinsky municipal district, he paid special attention to development of children's and youth sports, and achievements of young Nadezhdinsky residents were repeatedly noted at the regional level. Started construction of the martial arts hall and renovation of the stadium. At the end of 2020, in the ranking of municipalities, the district took first place in all indicators.
Since December 2021, he has been the head of Bolshoy Kamen city district. He considers development of sports as one of his main priorities. Sport is not a passion, not a hobby. This is a component of life and a responsible attitude towards oneself, an example for the younger generation.


from Bolshoi Kamen City.
He is fond of sports, has the 1st youth category in basketball.
Organizer of regional and Russian sports events.
Organizer of the "Day of records and victories" campaign, which included the longest and most massive training, declared in the Russian Book of Records.
Organizer of the 7th Children of Asia International Sports Games.
Participant of training sessions conducted by coaches of "Primorye for Sport" movement.
Awards: Gratitude of the Governor of Primorsky Krai for development of sports in Primorsky Krai within “Primorye for Sport” movement.
Denis presented Bolshoi Kamen City with the symbol of the 7th Children of Asia International Sports Games.


Candidate for Master of Sports in swimming.
Parents brought him to the swimming pool in Bolshoi Kamen City. Coach Galina Yuryevna Zolotova saw Yegor's abilities. Physical data, perseverance and love for this sport helped Egor's transfer to a sports group at the age of 8. Daily workouts for 3-4 hours in the pool, perseverance, diligence, attitude to excellent results, which Egor always tries to improve, craving for victory under the guidance of a coach did not go unnoticed.
Egor is a multiple winner and prizewinner of Regional and Zonal competitions. Member of the Russian Cup in Novosibirsk. Egor is a multiple Champion of Primorsky Krai, Champion of the Far East, a participant in the Russian Championship among boys and girls in Saransk.
This is only the beginning. As Yegor says, and this is his favorite saying, said by the coach "Last from the pool, first at the finish line."
Only work, patience, striving and self-confidence give such results.
As "One man is not a warrior" says, the team always stands behind great results. This team involves a coach, parents, friends, all those who will always support, no matter whether you are a winner or not.
Yegor is a member of Primorsky Krai swimming team.
Currently, he is preparing for the 7th Children of Asia International Sports Games.


Teacher of additional education at "Center for Children's Creativity", trainer-teacher in sports tourism and orienteering of the highest category. Awarded with the badge "For merits in development of youth tourism." The 2nd category referee in "Sports tourism / walking distance".
Won professional skills workers regional competition of additional education "I give my heart to children-2018". Finalist of the All-Russian competition "I give my heart to children-2019" in nomination "Teacher of local history", Penza.
The winner of the competition "Best in Profession" in the nomination "Best in Profession among teachers of additional education", held by Bolshoi Kamen City Administration.
He has the honorary title of Labor Veteran. For more than 25 years, he has been a coach of the Hard Nut tourist team, a multiple winner of regional, competitions in sports tourism and the School of Safety. Candidates for the Master of Sports, first-class athletes are the main team. The younger generation who has youth sport category, is also growing up.
12 athletes of the team received the honorary title "Primorsky Leopard". This is a landmark route for tourists. To receive a personal certificate and a badge of distinction, one must conquer the ten highest peaks of Primorsky Krai.
The guys and the coach are the winners and prize-winners of the annual Primorsky Krai Alpinism/Skyrunning Championship - sprint distance - January race on Falaza, 1279 m above sea level.
Team members are not only athletes, but also participants in creative competitions of local history and tourism, including the winners of the international competition in local history "Clean Planet Children". The photographs submitted for the competition were highly appreciated by the jury members.
Members of the "Hard Nut" team, together with their coach, annually take an active part in the "Run for Good" charity run, organized by the "Society of the Disabled" in Bolshoy Kamen City.
Graduates of the team, entering higher educational institutions, choose professions related to rescuing people, providing medical care, fire safety, and environmental protection.
Lyudmila Alexandrovna is the organizer and chief judge of the spring and autumn orienteering competitions in Bolshoy Kamen City.
Together with Primorsky Krai branch of the Russian Geographical Society, she organizes and conducts an interactive championship in local history crossword puzzles and tasks "Primoriada-2021", "Primoriada-2022".


Has the 1st sports category in volleyball. Goes for volleyball section of the Youth Sports School "Leader" from the 1st grade under the guidance of an experienced coach Elena Viktorovna Gorbacheva. Elena Viktorovna brought up many participants for Children of Asia International Sports Games, winners and prizewinners of Championships of Primorsky Krai, Far Eastern and All-Russian competitions.
Victoria Semerenko is a multiple winner and prizewinner of school, municipal, regional and Far Eastern competitions. Part of Primorsky Krai team.
In 2018, she took the 1st place in Primorsky Krai Championship, the first stage of the All-Russian Volleyball Competition "Flying Ball" among girls born in 2006-2007.
In 2019, 3rd place in Primorsky Krai Championship among girls born in 2006-2007.
In 2021, 2nd place in Championship of Primorsky Krai among girls born in 2005-2006, the first stage of the All-Russian competition "Nadezhda".
In 2022, she took part in Championship of the Far Eastern Federal District among girls born in 2006-07 and took 2nd place in the team.
In 2022, she took 1st place in the Championship of the Primorsky Krai among girls born in 2004-05, the first stage of the All-Russian competition "Youth".
Viktoria Semerenko was awarded a diploma of the President of the Russian Union of Athletes, three-time Olympic world champion, nine-time world fencing champion Gorokhova Galina Evgenievna - for high sports achievements, for diligent physical education and sports, for active participation in competitions at various levels.
Victoria has been repeatedly awarded as the "Best Setter". This is the most important position in volleyball; the future blow of the attacker depends on the volleyball player of this role. Accurate quality passing symbolizes a good leader, who must always know where his teammates are on the field and decide who to give the pass to.
Victoria is the captain of her team; she is a competent player and has leadership qualities. At the right time, she takes responsibility and leads the whole team.
Victoria Semerenko, despite frequent trips to competitions and absence from school, has excellent academic performance. Repeatedly took part in school and city Olympiads. The winner of school Olympiads in the basics of life safety and mathematics.


In 1970, she graduated from Bolshoi Kamen secondary school No. 3 and entered the Khabarovsk State Institute of Physical Culture. The main sport was athletics. Upon graduation, she returned to her native school, where she works as a teacher of physical education.
The total teaching experience in the school is 45 years.
In 1992, for high professionalism, she was awarded the badge "Excellent worker of public education."
By order of the Chairman of the State Committee of the Russian Federation for Physical Culture and Sports, she was awarded the medal "80 Years of the State Committee for Sport of Russia".
Tatyana Andreevna is the winner of the contest of the best teachers of the Russian Federation.
For high pedagogical skills and a significant contribution to education, she was awarded a diploma of the Legislative Assembly of the Primorsky Krai.
She was awarded a diploma of the Governor of the Primorsky Krai for many years of conscientious work, creative approach to work, personal contribution to the education and upbringing of the younger generation.
For the high results of pedagogical activity, she was awarded a diploma of the head of the administration of the Bolshoi Kamen urban district.
Tatyana Andreevna was awarded the title "Veteran of Labour". For many years she has led the methodological association of physical education teachers.
Pupils of the school are winners of the regional sports games "Presidential Sports Games". They are participants in the All-Russian Presidential Sports Games in the Orlyonok camp. School graduates continue to show high sports achievements, studying at higher educational institutions.


Master of Sports of the USSR in Sambo. Multiple winner of the Sambo Championship of Primorsky Krai, Far East Zone. Winner of the All-Russian tournaments.
Served the border troops. Appointed first secretary and first foreman of the border troops in the Far East. Prize-winner of the border troops of the Soviet Union. Participant of the Damansky events of 1969.
For his contribution to development of physical culture and sports, the upbringing of the younger generation, Alexander Vasilyevich was repeatedly awarded with diplomas and thanks from local governments, was awarded a Certificate of Honor from the Ministry of Sports of the Russian Federation, and is a Veteran of Labor of Russia.
Many pupils of Alexander Vasilyevich are numerous winners and prize-winners of Sambo Tournaments and Championships. Traveled many cities of the Soviet Union, such as: Moscow, Leningrad, Tomsk, Omsk, Kolomna, Vladimir, Grozny and other Republics: Ukraine, Georgia, where they became winners and prize-winners.
Over the years of sports activities, he has trained more than 10,000 athletes, including:
- Sergey Shvetsov, master of sports in sambo;
- Gulyaev Vasily, master of sports in sambo, now a retired lieutenant colonel of the border troops of Vladivostok;
- Sergey Shkedov, master of sports in sambo, headed the panel of judges of the Far East;
- Khramova Anastasia, master of sports in sambo, member of the Russian sambo team, 2-time world champion in sambo among youth, won the World Cup in sambo of the master of sports of Russia, General A. Aslakhanov, the World Cup in sambo in Seoul;
Since 1999, Alexander Vasilyevich has been on a well-deserved retirement, but continues to train children and adults at the Leader children's and youth sports school, and has been a coach-teacher of the Sambo wrestling section for more than 42 years.
Alexander Vasilievich took part in refereeing of various ranks of competitions, tournaments, regional and zonal. He judged the World Championship among women in 2003, was a judge of the International Potapov Memorial Tournament. He showed himself as a methodically competent specialist in the field of physical culture and sports, a truly enthusiastic, diligent worker.
Alexander Vasilyevich pays great attention to the physical perfection of each student, self-discipline, does a lot of work to promote a healthy lifestyle, forms independence skills in pupils, and conducts individual work with children.
Alexander Vasilyevich considers his main tasks in working with children to teach children to count on themselves, to believe in themselves, to reveal themselves in something, so that not a single child goes unnoticed, to increase their self-esteem.
Alexander Vasilievich enjoys well-deserved authority among children, parents, and colleagues. With his indifference and active life position, Alexander Vasilyevich made a great contribution to the development of physical culture and sports in the urban district of Bolshoy Kamen. Currently, he continues the training process with boys and girls and also travels to regional and zonal competitions and tournaments.