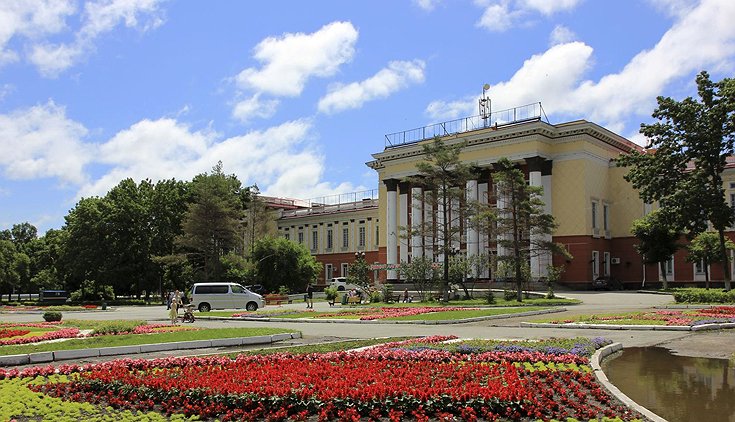 
Winner of the FEFD Championship in judo


Prize-winner of regional and Russian competitions in powerlifting.


A coach who raised champions and prize-winners of the Far Eastern Federal District, Russia, international competitions.


Winner of regional competitions among people with disabilities.


Candidate Master of Sports, champion of the Far East Federal District in MMA, winner of the Russian Championship in MMA.


Torchbearer of Olympic Games Sochi-2014 and Deaflympics in Khanty-Mansiysk in 2015.
Holder of three Guinness records and two world records.
The creator of the first and only museum of volunteering in Russia, which houses the world's largest collection of items from the Sochi Olympics.
Victory Volunteer, World Volunteer, FIFA Volunteer (participated in the preparation and holding of the Confederations Cup - 2017, World Cup 2018, Euro 2020). Volunteer of Putin's headquarters in 2018
Volunteer of the International Children's Games in Ufa 2017, World Children's Games in Moscow 2015, Special Olympics in Kazan 2021.
Volunteer of three Universiades: in Kazan-2013, Almaty-2017, Krasnoyarsk-2019.
Games of Manchaara-2021 in the Republic of Sakha (Yakutia), Games of the CIS countries in Kazan-2021.
Volunteer of many championships and world cups in biathlon, freestyle, snowboarding, naturban, athletics...
For more than forty years he worked with children as a physical education teacher, coach, director of a sports school.
Leads an active lifestyle, participates in competitions among veterans. This year, he took second place in athletics at international competitions in Belarus and third at the World Winter Swimming Championships in Petrozavodsk.


Blogger. The main fan of Primorsky Krai. Irina maintains an informative blog about the most interesting places in our region, popularizes outdoor activities and the right way of life, shoots reports on significant events in the history of Primorye and unique natural places.


Effective leader, anti-crisis manager. From August 2016 to February 2020, he held the municipal position of head of Spassk-Dalny urban district. Since 2020, he has been the head of Artemovsky urban district. During his tenure, he brought the urban district to a new level of economic development. Socially significant projects and programs are being implemented. Thanks to the active work of Vyacheslav Vasilyevich Kvon, head of the Artemovsky city district: a new kindergarten for 230 children was opened, 3 city parks were reconstructed, a new bridge was being built, a new palace of culture was being built, sports facilities were being reconstructed and repaired, a significant number of adjacent territories and public areas were landscaped.