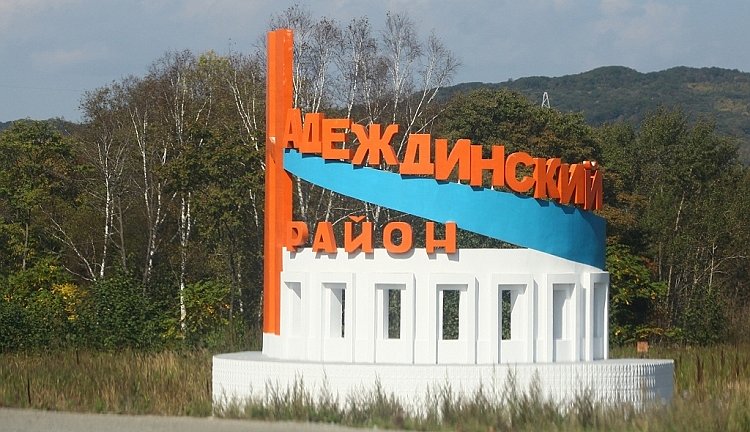 
72 years old. Sports journalist. Honorary Journalist of Primorsky Krai. He has excellent information about the specifics of all sports, prepares high-quality photographs of sports moments, and issues highly professional materials. It covers most of the sporting events not only of the regional scale, but also of all Russian and international ones held in Primorye. These are world championships in sambo wrestling, international championships in sailing, taekwondo, boxing, badminton, tennis, table tennis, etc.
For more than 20 years Boldyrev V.S. is the press secretary of the Boxing Federation of Primorsky Krai. On his shoulders lay the information preparation for the holding of the absolute championship of Russia (2002), the training camp in Vladivostok of the Olympic teams, national teams before the championship and the world championship, the Goodwill Games.
Vladimir published sketches and interviews of such remarkable athletes as Olympic champions Irina Rodnina, Alexander Karelin, Alexander Lebzyak, Alexey Tishchenko, Alexander Povetkin and others.
He was accredited in 3 editions of Children of Asia International Sports Games (2004, 2008 and 2012) in Yakutsk, from where he transmitted "hot" reports on the performances of Primorye athletes, which were used in their work by the Committee on Physical Culture and Sports of the Primorsky Krai and the media of the region.
Vladimir, not only with a “pen” and a camera, but also with his personal example, promotes a healthy lifestyle. He is the owner of two gold GTO badges (levels 10 and 11), is the winner and prize-winner of city and regional competitions in athletics (2000-2020), orienteering (2006-2019), ski racing: championships of the Far East among veterans (1st and 2nd places, Arseniev, 2006, 2016), winner of the regional championship in cross-country skiing - skiathlon (Vladivostok, 2016), winner and prize-winner of the All-Russian competition "Ski Track of Russia" (2007, Kalinovka, Spassky District, 2012 Arseniev) and Russian Azimuth (2010, 2014, 2016, 2018). Winner of the regional Spartakiad among veterans (Arseniev, 2013), silver medalist of the regional Spartakiad of pensioners (Ussuriysk, 2018). In addition, he took part in international competitions, taking third place in the tournament among journalists of the International Badminton Games (Vladivostok, 2006), winner of international competitions in cross-country skiing (Chan Chun, China, 2010), winner of Chinese championships (Harbin, 2010) and Asia (Wuxi, 2012) in orienteering, participant in international cycling races (Yangtze, China, 2014) and veteran volleyball competitions (Yanzi, 2014). He became a winner and prize-winner in his age group at all competitions "Vladivostok International Marathon" and "International Ice Half Marathon" held in Vladivostok.
Boldyrev was recognized eight times by Physical Culture and Sports Committee of Primorsky Krai as the best sports journalist of Primorsky Krai (2002, 2004, 2006, 2008, 2010, 2012, 2016, 2018), is the winner of the All-Russian photo contest in the nomination “Sport lives in everyone”, held by the Agency for Physical Culture and Sports of the Russian Federation (2007) and the Pacific Ocean competition (2011), winner of the Korea Sports Competition (2014).
For high professionalism, he was awarded certificates and diplomas of regional and Russian sports federations (1999-2020).


44 years old. Born and lives in Volno-Nadezhdinskoye settlement. He has been involved in sports since his school years.
Repeated winner of regional competitions in various types, winter and summer sports days of workers. Member of Nadezhdinsky district united team in streetball, beach volleyball and table tennis. He enjoys billiards and skiing.
A philanthropist, he regularly provides support to Nadezhdinsky district’s athlets in organizing competitions.


18 years. Winner of Primorsky Krai championship in mini-football among youths. Bronze medalist of the regional stage "Mini-football to school". Silver medalist of the regional stage of the All-Russian yard football tournament "Street Beauty". As part of Nadezhdinsky district united team, he regularly participated in regional football and mini-football competitions. Captain of the Sturm football team, which represented the district in the Primorsky Krai  Football Championship in the 2021 season. He achieved high sports results in as a part of Primorsky Krai united team among boys born in 2004.
The owner of the golden GTO badge.
Laureate of the 2nd degree of the school competition "Student of the Year 2021" in the nomination "Sport" among 9th - 11th grades of 2021.


The owner of the gold GTO badge. A bright supporter of a healthy lifestyle.
Involved in sports life from school, he actively mastered playing sports (table tennis, hockey, football, basketball, sports tourism), in each of which, as part of the national team of his native village of Kavalerovo, he fought for prizes in regional competitions. In high school, he became interested in athletics and, as a result of hard training, became the Champion of Primorsky Krai in the 400 m.
In his student years, he continued his cross-country training as a part of united team of the Far Eastern State Technical University. And by the time of completion of training, he fulfilled the standards of the 1st category.

During his career, he did not leave his commitment to sports, attracting colleagues and acquaintances to joint sports and participation in various races, team-applied competitions and amateur level competitions in football, hockey, volleyball.
Sport gave not only good physical shape, but also allowed him to meet his true love. It was on the treadmill that he met his future wife, with whom in 2017 they organized an athletics section from scratch in the village. Volno-Nadezhinsky. At the moment, 47 children are engaged in training under the guidance of an already experienced coach Drozdova Svetlana Aleksandrovna. Pupils with dignity defend the honor of the village at regional competitions, achieving high results and prizes. In addition, three athletes passed the qualification selection and will participate in the 7th Children of Asia International Sports Games.
At the moment, Danila Evgenievich is the father of a large family. He continues to participate in the training process of young athletes of Nadezhdinsky district, as an assistant to his wife-coach. At the age of 40, competing in races with young athletes, by his own example he shows his sons and their peers that Physical Education and Sports are the norm of life.
He is also an adherent of an extreme method of health promotion, such as winter swimming. Competitor in winter swimming competitions. During the winter months from 2015 to 2019 on the lake near the village of Solovey Klyuch of Nadezhdinsky district, he and his partner installed a gangway and an ice hole, and on the Orthodox holiday of the Epiphany of the Lord, in cooperation with the district and village administration, organized crowded bathing in ice water.
In addition to his passion for sports, he also takes an active civic position, regularly organizing and holding subbotniks with the active involvement of his own and neighbor's children in the improvement of the adjacent apartment building and maintaining cleanliness in the yard.


Currently she works as a teacher of Nadezhda Children's and Youth Sports Center. Coach of the children's volleyball team "Juniorochka". She brought up members of Primorsky Krai volleyball team among girls.
Prize-winner and winner of regional competitions in volleyball among girls.
Regional medalist in athletics.
Winner of the Summer Olympics of Russian students in volleyball among girls born in 1991-1992.
Recognized as the best player at Primorsky Krai  Volleyball Championship among girls born in 1991-1992 in 2004.
Prize-winner of regional competitions in volleyball among women's teams of the 2nd group.
Awarded with the Diploma of national gratitude "Favorite teacher".
Prize-winner and winner of regional competitions among teams of municipalities of Primorsky Krai.
Prize-winner and winner of the 2-year Spartakiad among the municipal districts of Primorsky Krai.
She was awarded a letter of thanks from the Governor of Primorsky Krai Oleg Kozhemyako.
Awarded with a letter of thanks from the Head of the public sports organization "Primorye for Sport" E.I. Valitov for active participation and success in the framework of the project "Primorye for Sport"
She is a group fitness instructor, leads a healthy lifestyle, promotes physical education and sports.
Winner of the contest "Student of the Year 2009" Nadezhdinsky district


23 years old. Since school years, he has been a supporter of an active lifestyle.
Participant of the All-Russian Universiade in handball among students in Yekaterinburg and Belgorod. Repeated participant of city competitions in basketball and volleyball. Champion of Amur Region in handball. Prize-winner of Vladivostok championship in handball, prize-winner of the first handball league of the Far Eastern Federal District.
The owner of the golden sign of GTO.


27 years. Currently, she works as a teacher of physical culture at Secondary School No. 7.
Since 2015 he has been a Jiu-Jitsu coach. Candidate Master of Sports in Jiu-Jitsu. Judge of the 2nd category in jiu-jitsu.
Champion of the Far Eastern Federal District in all-style karate, Khabarovsk.
Champion of the Far Eastern Federal District in jiu-jitsu, Birobidzhan.
Champion of Primorsky Krai in jiu-jitsu.
Champion of annual women's jiu-jitsu tournament, as well as various jiu-jitsu tournaments.
Winner of a professional fight in MMA for the Pride Cup, Khabarovsk.
Finalist of the "Teacher of the Year" competition.
Prize-winner in competitions in functional all-around (cross-fit).
Activist of the public organization "Common Cause".
Participant of various races (ZABEG.RF, Galaxy Marathon, Victory Run, Cross of the Nation, Sports Vladivostok, etc.).
Participant of the international functional training tournament "CROSSFIT OPEN 2022".
Awarded with a diploma from the sports public organization "Primorye for Sport" for active participation in the popularization of sports events.
Since 2021, he has been an instructor of the Race of Heroes.
Teams under the leadership win prizes, and the best athletes are awarded cups "For the best technique" and "Will to Victory".
Pupils under the guidance of Ukolova Ekaterina Valerievna repeatedly went to major tournaments in St. Petersburg, Chelyabinsk, Anapa, Greece, where they showed good results.
For active participation in the sports events of the district, she was awarded a diploma of the Head of Nadezhdinsky district.