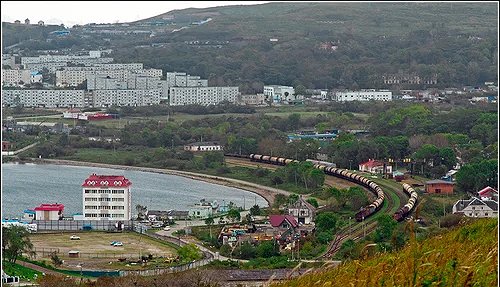 
Champion of the Far Eastern Federal District among juniors 2022, Candidate Master of Sports.
Has been playing table tennis since the age of 8. This year she fulfilled the standard of the Master of Sports of Russia. Participated in competitions in Harbin, Japan, Berdsk, Chita, Yakutsk, Ulan-Ude (where this year she became the Champion of the Far East among juniors), Cheboksary.
From the 1st grade she has been an excellent student. For success in sports and studies, she has been invited to Artek International Center for 3 times. She has twice received the golden GTO badge. She was qualified for participation in Children of Asia Games where she will represent Primorsky Krai.


He is the director of Culture Organization. During the work, the team has achieved great success in the development of culture, constantly updating the technical base. Repeated laureate (winner) of competitions of author's, pop and patriotic songs in Moscow and Vladivostok. Has 1 sports category in skiing and 1 sports category in boxing, promotes a healthy lifestyle. Participates in all sports events held in the region and the region. Conducts a great patriotic work among schoolchildren of the district. He is the leader of the vocal group of the patriotic song "Typhoon".


The founder and head of Armata Sports Club, the creator of three of its branches in Khasansky district for sambo wrestling in such settlements as Slavyanka, Zarubino, Gvozdevo. Team head coach
Chair of Public Non-Commercial Organization "Armata" in Slavyanka.
Over the course of three training years, he managed to prepare quite a few good sambo wrestlers who went to municipal, regional, interregional, as well as all-Russian and international competitions more than ninety times, where they showed good sports results and became winners and prize-winners of these competitions.
He takes an active part in holding municipal and regional competitions as a part of chief referee board.
He is the organizer of the annual summer sports camps for training of young sambo wrestlers.
The sports club "Armata" trains athletes who are included in Primorsky Krai  sambo team, who have successfully passed the selection for the 7th Children of Asia International Sports Games!


She has been actively conducted public, volunteer activities from a volunteer to an organizer for 12 years. During this time, with the participation of Daria:
- More than 500 events of various levels and scale were organized - from regional to all-Russian and international.
The brightest ones are the following: APEC-2012 Summit; Forum "Seliger" -2014; Olympic Games in Sochi-2014; Student Spring of the SCO countries-2014; Student Spring-2015; Headquarters of the immortal regiment in honor of the 70th anniversary of the Victory-2015; Forum "Iturup" -2016; World Festival of Youth and Students-2017; Delphic Games of Russia-2018; WEF (2015-2019); Tavrida Art (2021)
Awards at the state level for contribution to development of youth policy and the improvement and maintenance of volunteer activities:
- Gratitude of the First Deputy Prime Minister of the Russian Federation, 2012;
- medal of the President of the Russian Federation, gratitude of the President of the International Olympic Committee, 2014, Winter Olympic Games in Russia;
- Gratitude of the Chairman of the Federation Council of the Federal Assembly of the Russian Federation, 2013, APPF Forum, Vladivostok;
- thanks to the Plenipotentiary Representative of the President of the Russian Federation in the Far Eastern Federal District Yu.P. Trutnev for a significant contribution to the organization of the forum, 2015, Eastern Economic Forum, organization of the work of volunteers;
- winner of the Ajax award in the nomination "Person of the Year", 2014;
- invited speaker from Primorsky Krai of the 3rd Russian-German Youth Forum "Petersburg Dialogue", Moscow, 2015;
- a number of thanks for the active work on shaping the image of the region within All-Russian educational youth forums of the FADM "Rosmolodezh" - Seliger (2014), Iturup (2016), Amur (2017), Vostok (2020);
- the organization headed by Daria has been recognized dozens of times at the All-Russian, regional and international levels as the best in its field of activity (the winner of the competitions: “Volunteer of Russia” (Moscow), International “Volunteer of Russia”, Perm, “Volunteer year”, Vladivostok and many others).


Head of Khasansky municipal district.
His career in correctional authorities began in 1991 as an elected head of Khasan settlement. He dedicated 27 years of his life to this southernmost village of the Russian Far East, a village of border guards and railroad workers. Over the years of work, he managed to do a lot for the improvement for Khasan - to provide residents of emergency houses with new comfortable apartments, to update the communal infrastructure of the village, to pave the village roads and to lay a memorial complex in honor of the 80th anniversary of the events on Lake Khasan in 1938. Rich life experience, high professionalism and responsible attitude to any business, for the execution of which he undertook, allowed Ivan Vladimirovich Stepanov to be elected to the post of head of Khasansky municipal district.


He has the honorary title Veteran of Labor of Primorsky Krai, Honorary Citizen of Slavyanka. He worked as an artist in Culture Department and took part in the creation of the memorial complex "Memory" together with representatives of Primorsky Krai  Art Fund. Hereditary Cossack, founder and head of the Cossack military-patriotic club "Power of a unique association, where pupils study the history of Orthodoxy and the Russian army, are engaged in drill and combat training, conduct search work, master hand-to-hand combat skills, carry out guard duty, go hiking, make a march -throws, study Cossack folklore and hold a ball. Valentin Mikhailovich brought up dozens of young patriots who sacredly revere the historical past and are devoted to their Motherland. In the club, children are taught to protect the family and the country, to help the weak, with an emphasis on the moral qualities of a person. A few years later, the All-Russian children's and youth military-patriotic social movement Youth Army was founded, to which the pupils of the "Derzhava" joined the first in the region. To date, this movement brings together 230 children of Khasan district.