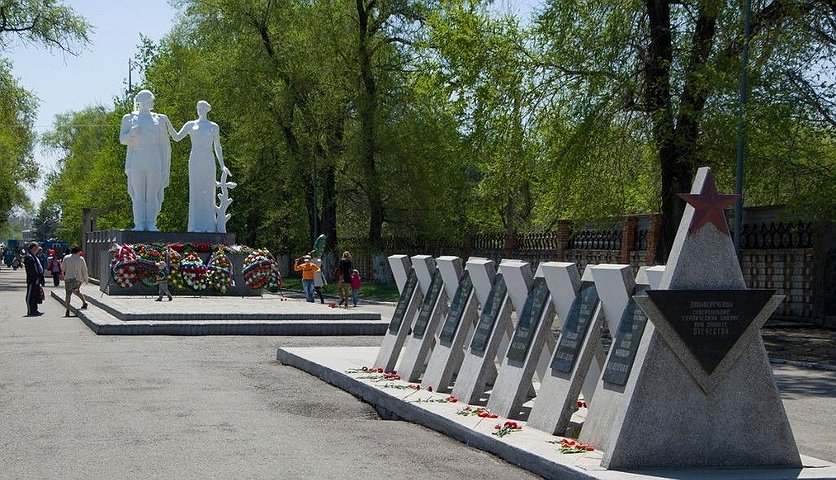 
Reserve Lieutenant Colonel, 28 years of military service, served in the 199th motorized rifle regiment of the 135th motorized rifle division of the Far Eastern Red Banner Military District, which took part in Damansky events. The last place of military service is the deputy commander of the regiment. While serving in the Armed Forces of the Warsaw Pact (People's Republic of Poland), he was awarded the gold medal "On Guard for Peace" and the Bronze Cross "Jan Krasicki". Currently leads a healthy lifestyle. Awarded with the Golden GTO Badge. He is the chairman of the Council of Veterans of War, Labor, Armed Forces and Law Enforcement Agencies. Under his leadership, the Council of Veterans actively cooperates with public organizations of the city, with educational, cultural institutions, departments of social protection of the population, and the pension fund. For active work among veterans, he was awarded the White Cross and the medal "For Merit" by the Head of the Dalnerechensky urban district.


Multiple winner of championships and tournaments in Primorsky Krai in boxing among juniors.
From 1985 to 2002 He served in the Armed Forces of the Russian Federation, during the period of military service he was also a multiple winner of the championships and tournaments of the Far Eastern Military District in boxing, he fulfilled the CMS standard.
From November 2020 to the present, he has been the Dalnerechensky urban district head.


Head and coach of the public movement "Primorye For Sport" of Dalnerechensky urban district;
- Founder of Peresvet Martial Arts Club of Dalnerechensk City
- Founder of the public organization "FEDERATION OF MIXED MARTIAL ARTS MMA OF DALNERECHENSK CITY AND DALNERECHENSKY DISTRICT;
- Chair of "All-Russian Federation of Nordic Walking" in Dalnerechensk City;
- Deputy of Dalnerechensky city district Duma;
- Assistant to the Senator in the Council of Federations from Primorsky Krai;
- Chairman of Standing Committee for fiscal, economic policy and property of Dalnerechensky city district duma;
- Founder and ideological inspirer of socially significant projects aimed at developing the urban district and ensuring the comfort and safety of its residents, such as:
the Safe Yard project, the Landscaped Yard project, the Sports Yard project;
Founder and chairman of the territorial public self-government "Council of the fourth constituency".
Awarded:
- Gratitude to the Yury GAGARIN Research and Testing COSMONAUT TRAINING CENTER for personal contribution to the cause of patriotic education of youth and popularization of domestic manned cosmonautics movements;
- Letter of thanks from the Governor of Primorsky Krai for ACTIVE CHARITY ACTIVITIES;
- A letter of thanks to the "Federation of Hand-to-Hand Combat of Primorsky Krai" for the contribution to the development of children's sports in Primorsky Krai.


Chair of "Council of Municipalities of the Primorsky Krai" Association, deputy of the State Duma of the Federal Assembly of the Russian Federation.
Being the head of Artemovsky urban district, he paid great attention to the development of sports: he built indoor sports facilities: a swimming pool, ice rentals, the largest sports and recreation complex among municipalities. Part of the sports competitions of Asian Games. He is not a professional athlete, but has been involved in amateur sports all his life: shooting, football, water polo.