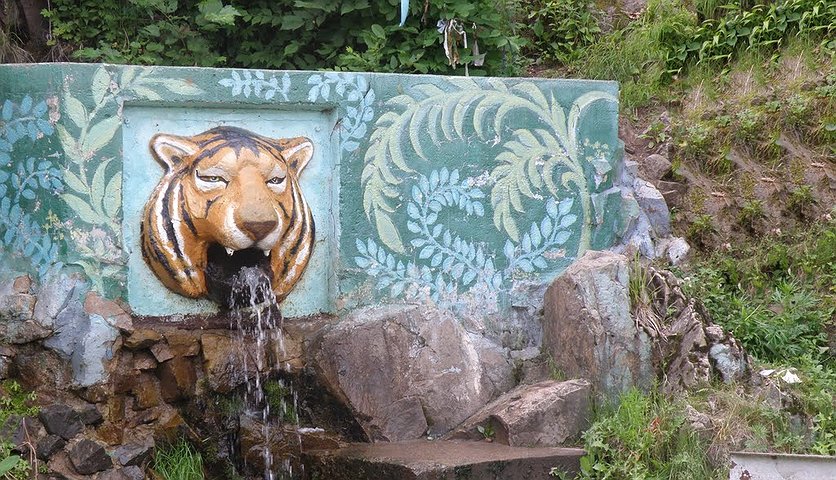 
For many years, he has shown stable high results at the level of the region. The athlete is distinguished by high moral and volitional qualities, the desire to achieve victory. Here listed only some of his sporting achievements:
- 1st place in athletics competitions in Ussuriysk, winner in Nakhodka;
- three gold badges of the GTO of the 3rd, 4th and 5th levels;
- 2 adult rank in shooting;
- 1st place in the GTO complex among men in the XVIII District Spartakiad;
- 2nd place in the district competition "First in Sports";
And many more first places in athletics and football.


A football coach-teacher at the Youth Sports School in the village of Anuchino, who from the first day of work makes high demands on himself, on his level of professionalism, enjoys great prestige among his pupils, his enthusiasm can ignite and lead the guys.
Repeated participant of the final All-Russian competitions as part of the Primorsky Krai. Winner and prize-winner of the regional sports day of workers. He was one of the first in the Anuchinsky District to receive the Gold Badge of Distinction of the GTO. Awarded with certificates of honor at the local and regional level, a medal of the Executive Committee of the Trade Union of Public Education and Science Workers of the Russian Federation.
His pupils are participants in the Regional and All-Russian football competitions, winners of the All-Russian competitions "Kolosok", repeated winners of district competitions, are part of the football team of the city of Arsenyev, play in the 1st and 2nd football leagues of Primorsky Krai.


Currently, the young athlete has multiple victories in regional tournaments. For several years, he has shown himself to be a hardworking and persistent athlete, able to overcome difficulties and achieve high results.
Every year personal sports performance improves. A constant desire to train and achieve your goals gives its result. In 2019, he is second in long jump, and the next he wins 1st place. Consistently high places in sword throwing, running 60 and 1000 meters, cross-country skiing. He is the best striker and the best futsal player for two years in a row.


From early childhood, being engaged in cross-country skiing, she fell in love with sports with all her heart and devoted her whole future life to sports activities. During her studies at the sports school, she regularly took part in regional, regional and zonal cross-country skiing competitions. In 1979, at the championship of Siberia and the Far East in Omsk, she fulfilled the standard of a candidate for master of sports in cross-country skiing.
In 1980 she entered Physical Culture Institute in Khabarovsk in absentia, continuing to work as a coach in the Sports School of Anuchino, specializing in cross-country skiing. He takes an active part in the sports life of the district, repeatedly traveling to regional and zonal competitions as part of the regional team in cross-country skiing, GTO, volleyball, and athletics.
Since 2001, in the position of deputy director of the Children's and Youth Sports School of Anuchino, develops the direction of sports tourism. The team under her leadership for five years regularly became the winner of regional competitions in sports tourism, orienteering.
For many years of fruitful work on the organization of tourist and local history activities aimed at educating and educating a morally and physically healthy person, she was repeatedly awarded Certificates of Honor at various levels.


Since 2015, Nikita has been attending Anuchino children's sports school. During the classes he showed himself to be a hardworking, active, executive athlete. During his sports career, Nikita has repeatedly become the winner and prize-winner of football championships on regional and district levels. He deservedly won the title in "Best scorer", "Best goalkeeper", "Best defender" nominations and repeatedly confirmed these titles. Despite his young age, Nikita is a member of Anuchino adult football team and consistently shows good results. He has such achieved the following: Prize-winner of the All-Russian football competition "Kolosok", Prize-winner of the district competition "First in Sports", has 2 junior categories in football and categories in athletics, insignia of various denominations of GTO. Passion for sports manifests itself in different directions: chess, badminton, rounders, volleyball. During the performances, he became the winner and multiple prizewinner of these competitions. Actively participates in cultural and sports events in sports and general education schools.


Sergey Alekseevich, as the head of municipality, pays great attention to a healthy lifestyle and development of sports in Anuchino. His enthusiasm can ignite and lead. Under his leadership, children's and sports grounds are being actively built, the number of sports facilities and the number of people involved in sports is increasing annually. It has become a good tradition to hold the Spartakiad of rural areas dedicated to the Victory Day; competitions for the Cup of Anuchino municipality Head in jiu-jitsu, ice hockey and football. Sergei Alekseevich is a regular participant in the All-Russian action "Ski Track of Russia", the regional spartakiad of sports veterans in volleyball, an initiator of the "Ski Track of Generations" in the district. High professional level, extensive practical experience contributes to the activation of the sports movement in the Anuchinsky municipal district.


A pupil of the Youth Sports School of the village of Anuchino from the age of six. Regular training, an extremely conscious attitude to training sessions, a steady enthusiasm for conquering the peaks in cross-country skiing pay off. To date, Roman is considered one of the promising students of the children's sports school, with a high sports potential. Multiple winner and prize-winner of the Far Eastern competitions "Ski Track of Russia", several times became a prize-winner in the championship and championship of the Primorsky Krai in cross-country skiing, is a member of the Primorsky Krai cross-country skiing team, participated in the Russian Spartakiad among students of sports schools in Yuzhno-Sakhalinsk, winner of regional biathlon competition. During his short sports career, he deservedly received the 1st adult category in cross-country skiing, he has a gold GTO badge.


Coach-teacher of the Cross-Country Skiing Department of Anuchino Children's Youth Sports School. He was awarded the state award "Excellence in Physical Education". Participant of the All-Russian Rural Games in 2008 in Yoshkar-Ola, in 2012 in Krasnoyarsk, multiple winner of regional competitions. The total work experience is 35 years, thirty of which he worked as the director of the Youth Sports School. Thanks to the great experience in coaching and teaching work, the many years of training in cross-country skiing, the pupils of Sergei Ivanovich consistently show high results in regional competitions. He has trained more than three hundred skiers, the best of whom have fulfilled the standard of master of sports and candidates for master of sports. Regularly pupils became winners and prize-winners of the regional competition "Best Athlete of the Year". By personal example, he repeatedly proved that sports victories are achieved only through hard work and a healthy lifestyle.


Tatyana Konstantinovna is the oldest and most honored participant in our torchbearers relay race. On June 18, she turned 80 years old! She has been into songs and sports for all her life Her life motto is: With song and sport for life!
She does athletics in summer, skiing and skating in winter, and her most favorite sport all year round is volleyball. The love for sports was born from the time of students and has remained to this day. She was in the Institute team for all five years. She traveled all over Krasnoyarsk. For more than forty years - from 1964 to 2005 - she was successfully involved in speed skating. In the 70-80s, the Harvest sports society existed in Anuchino. Almost every year there were competitions in sports pentathlon. Each participant had to run cross-country, 100 meters, grenade throwing, shooting from a rifle and swimming, and in winter, cross-country skiing. Anuchinsky district often won prizes and, as a result, entered the zonal competitions of Siberia and the Far East. Tatyana Konstantinovna was a permanent participant and winner of these zonal competitions - which were held in the cities of Vladivostok, Chita, Krasnoyarsk. Only since 2010, 31 awards for prizes in volleyball, grenade and discus throwing have been won by our best athlete, the pride of the Anuchinsky district is Tatyana Konstantinovna Tatarnikova.